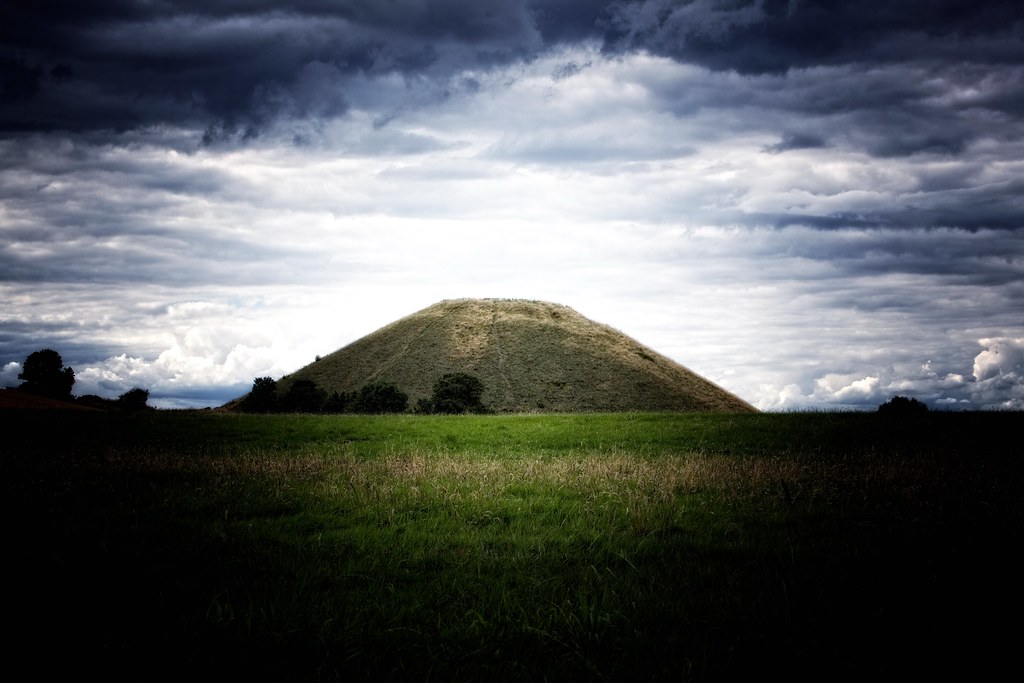 Silbury Hill, located in Wiltshire, England, is the largest man-made mound in Europe, built approximately 2,400 BC, during the Neolithic period. It is a part of the Avebury Stone Circle complex. Its purpose has been lost to time, but archaeologists continue to speculate. It obviously had an important role for the culture of the people at the time.

It is an immense, mysterious and romantic place, that invokes the primeval and magical in all who visit it.