Nationalism is a choice to live in a fantasy land, where colours on a piece of fabric are considered worthy of loyalty. That the myth is even worth dying for.

Such dedication to tribalism is paramount to all that is wrong in the world. Once we move beyond concepts of separation, the sooner we will be unified to take action to save the world that supports us to thrive.

I have no problem with national identity. Indeed, the world is a far more an interesting place for the myriad of cultural flavours that abound across the globe. However, in this festival of cultures, we must be careful not to forget what unifies us as a species, in our celebration of difference. We simply should not get carried away by the mythology of anthems, flags and other constructs of fantasy, to the point where we start to forget what we have in common with those who do not share our anthems, flags and other constructs of fantasy.

To clarify, I am also not naive enough to ignore the cries of those under siege from nationalistic fervour, for which there are many around the world, whose traditions seem desperately under threat. I understand that when nationalism rubs against nationalism, just like when religion rubs against religion, friction occurs.

I am an unashamed idealist that believes we can move beyond base celebrations of tribe.  My blood is no different than yours. 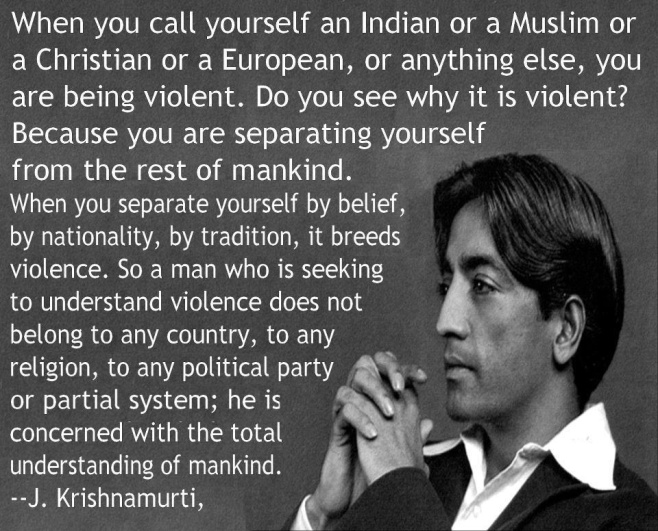 4 Responses to “The Problem With Nationalism”