A random moment allowed me to be conceived. I gestated in the womb of my mother for nine months, unaware of the life that awaited me outside. On the day I was born, I breathed my first breath. As time passed, the world slowly came into focus, as I gained the awareness that comes with growing pains.

In my teens, my place in the vast universe became apparent. I would sit out in my parent’s garden, on cool British summer evenings, staring at the seemingly endless starry sky above. Sometimes, I felt a cold loneliness. Whilst at other times, a sense of oneness.

As I continued to mature, I began to sense and question deeply the social restrictions enforced upon me by individuals I did not know, but who seemed to think they were empowered to control my destiny; my brief, fleeting moment at existing. I looked around, and saw so many of my colleagues and friends accepting this status-quo, as if it had been written in the very fabric of space and time. That life should be routine, rigid and monotonous. That it was okay and expected that during our brief moment to live, we should commit our precious time to endless commuting to workplaces, embrace soul-crushing conformity and the conditions laid out by companies, whose only interest are profits and how best to enslave us, without us noticing. Their trick, to just barely reward our efforts adequately with nothing more than pieces of paper, we are told to be of some worth.

In this twisted vision, so devoid of any connection to true reality and the long-forgotten cyclical rhythms of the precious planet, we wallow in the madness of greed, dependency and apathy, whilst the elite continues to grow ever more powerful, gorging itself sickeningly upon the spoils of its victories.

And let us not forget, how easily young men and women are sent to their deaths upon a distant battlefield, that those manipulating reality will never see with their own eyes, or be prepared to spill their own blood upon. They will just sit comfortably, monitoring and collecting data about the legions that we make, imprisoning and questioning anyone whose eyes have been opened.

The present world order is a rigged game, created by a few. It doesn’t have to be this way. This is OUR world! We have a birth given right to do what we wish with her, and that should be to do nothing, other than to realign ourselves with her rhythms again. To respect her. To share her fairly, so that no one need starve again or live in horrendous poverty.

As Machiavelli pointed out in The Prince, a king can only be a king if the people allow him to be. Of course, the king will try to coax and manipulate the loyalties of his subjects, through either rewards or punishment. But, the people will always have the power. They just need awakening. 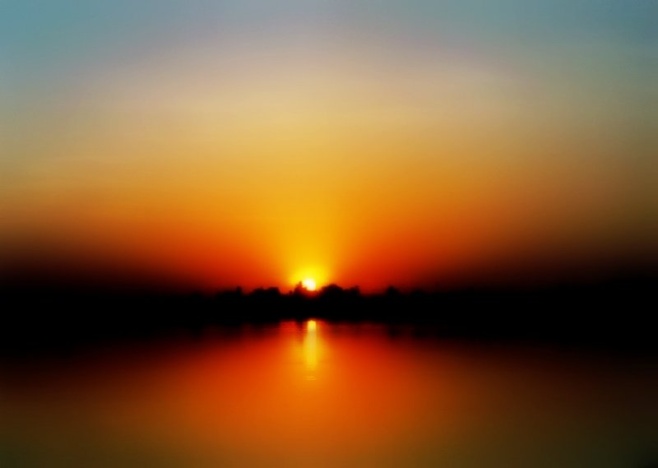 Sunrise On The Nile – Photography by El-Branden Brazil